The Henry Wong Team® Moves to Harcourts Beyond 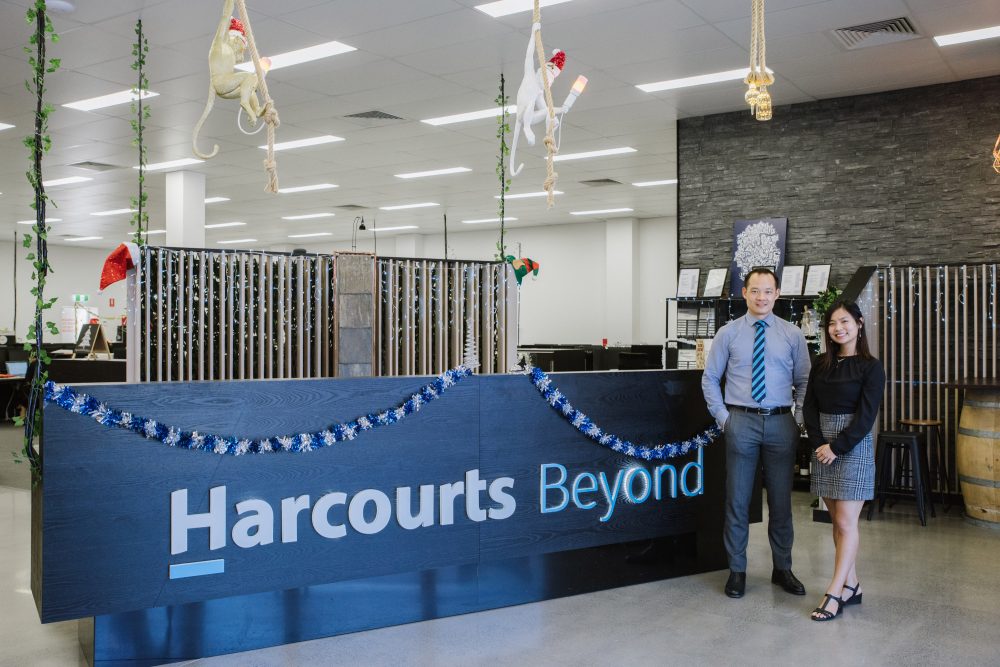 06 Jan The Henry Wong Team® Moves to Harcourts Beyond

Posted at 00:00h in Latest News by Henry Wong Team 0 Comments
1 Like

A new year, a fresh start and a new direction. That’s what 2020 is bringing for The Henry Wong Team® and I couldn’t be more excited. After many satisfying and successful years with the Remax brand, I’m looking forward to a future of large growth in our core area. To better align with these goals, and to join an inspiring team with a CEO I’m looked up to for many years, me and my team will be moving our operations to Harcourts Beyond, the largest Harcourts office on the Southside of Brisbane!

I want to talk about this move, but first I want to look back at what the Henry Wong Team has achieved at Remax. It’s been an amazing journey during which we have made some lifelong friendships and built a second-to-none professional network. Here are some of the achievements of The Henry Wong Team® during that time:

As well as becoming a multi award-winning, forward-thinking, client centric-team, we’ve built up a digital and physical network and presence that’s the engine behind our success. We’re a fully bilingual team, fluent in both English and Mandarin. Our website, www.henrywong.com.au, is also entirely bilingual. If you look for us online, you’ll find a growing list of recommendations, including:

We also have over 1600 registered buyers in our personal database, which has helped us become a leader in off-market sales.

Harcourts Beyond – The New Home Away from Home

The office we’re moving too, Harcourts Beyond, has an equally impressive set of credentials. They’ve experienced massive growth over the last few years under the leadership of visionary principal Paul Siaw. The recipients of multiple awards, we love their progressive, client-focused approach that has seen them go from strength to strength. With multiple languages spoken within the office, they have:

What Inspired the Move to Harcourts Beyond?

We wanted a large office with great sales support that also offered the option to expand our influence in the rental market. Over the next few years we’re eyeing up big expansions, and we need an office that can facilitate that. The choice was easy for us, and not just because Harcourts Beyond has such a strong rental background, large landlord base and fantastic business ethic.

My strong relationship with CEO Paul Siaw was also a convincing factor. Paul was my first principal back in 2012, when I moved to his Remax office in Sunnybank after my father Richard Wong sold his real estate business. Paul had faith in me when I was starting off in residential real estate back then, and we’ve kept in touch over the years.

‘I’ve known Henry Wong since 2012 when I took over RE/MAX Community and I remember he was just begin his career in residential real estate. I’ve proudly watched his growth as a person and to become one of the exceptional top performing agent in RE/MAX and the Real Estate industry in a short period of time compare to many agents out there. I’m honored to have him back as part of our big family of Harcourts Beyond. He’s a high performing agent who consistently ranks in the top 15 nationwide in Remax in 2016, 2017, 2018 as well as such highly regard reviews like the 65 x 5 star google reviews, 39 x 5 star realestate.com.au reviews, 30 facebook recommendations and 48 x 5 star rate my agent reviews is truly an asset to our team.’

It means a lot when someone believes in you when they don’t benefit financially from their good faith back then. Paul and I share the same values, we have the same vision, and now the stars have aligned and we get the chance to work together again.

I’m really looking forward to that, and to having regular meetings to track how things are going with the change. We both love pushing the boundaries, coming up with innovative ideas and consistently performing at the highest levels possible. It’s going to be quite a journey, and I can’t wait to get started.

So here’s to 2020 and a big change for The Henry Wong Team®. As always we’re still here to answer any of your questions about real estate, and help you in any way we can. Just get in touch.

The Henry Wong Team® from Harcourts Beyond.