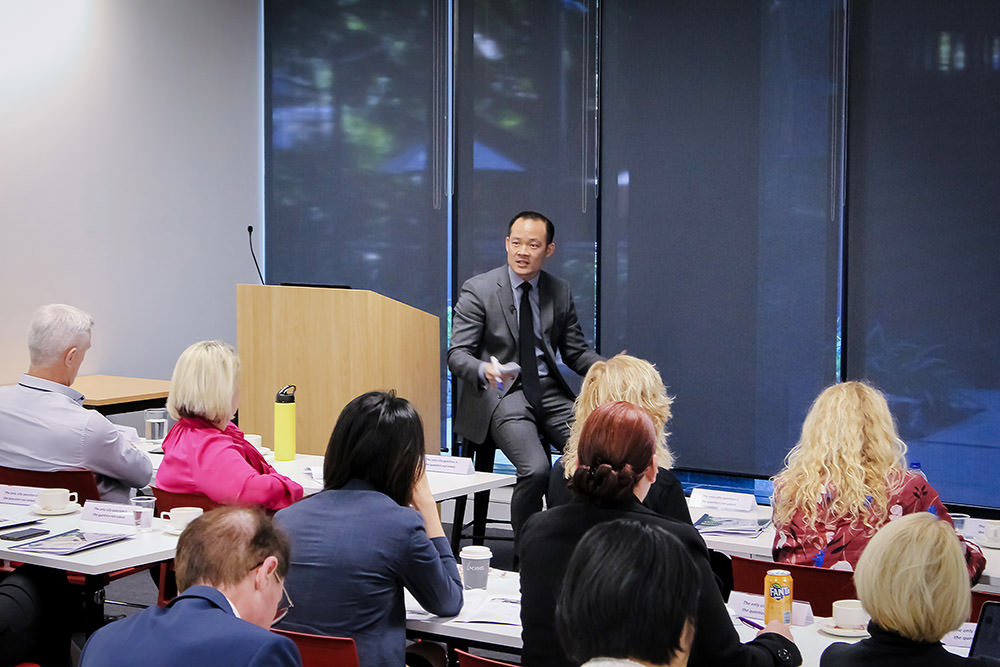 Henry Wong is the Number One Chinese Real Estate Agent for RE/MAX in the whole of Australia.

Mr Wong spoke for an hour in what Mr Tucker described as an exceptional ‘from the heart’ presentation that was positively received by the 45 people in attendance.

Mr Tucker conducts training days each month in Brisbane and every six to eight weeks in Auckland.

“This was the first time I had invited a speaker from RE/MAX ranks onto the program,” he said.

“Henry has one of the strongest profiles in the business when it comes to the Asian community and he is undoubtedly one of the deepest thinkers I’ve come across in this industry.”

Mr Wong spoke to the day’s theme, asking ‘What’s your why?’ and exploring topics including the difference between being interested in real estate versus being committed, that reasons are more important than goals, on self-awareness, and on understanding whether as an agent you are disciplined enough to be successful in real estate where there is flexibility rather than micro-management.

“It was an honour to be invited to present to my peers,” Mr Wong said.

“I’ve coached Henry for over a year,” said Mr Tucker, “and auction marketing is a growing force in his business. He is now taking three or four properties to auction a month with great success.

“I doubt whether astute Asian buyers could find a better equipped and experienced agent in Brisbane to admirably service their needs than Henry Wong of RE/MAX United Vision.”

Mr Wong has established himself as the premier agent in brokering international deals for more than a decade now. He has an extensive network of buyers and sellers who give testimony to his uncompromising integrity and satisfied customers include large numbers of Chinese buyers from Queensland, interstate and oversees, the majority of who are permanent Australian residents or Australian citizens.