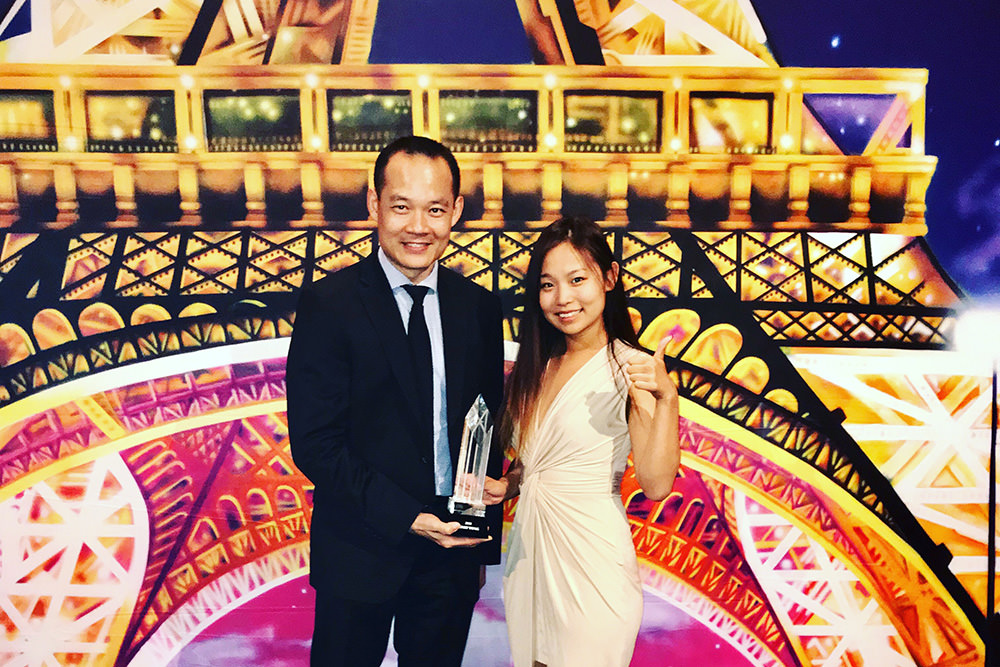 Remax United Vision heavyweight Henry Wong had a busy evening at the annual Remax Awards held at the Star Casino and Hotel on February 14th, 2019. It culminated in him being awarded the Remax Titan Award for the 2018 calendar year.

The second highest award in the country, it places him in the top 10 of agents or teams across the whole of Remax in Australia. No mean feat, considering there are over 60 Remax offices and 500 agents nationwide.

It’s a fitting tribute to an agent who has consistently outperformed his peers during 2018. Henry has managed to keep his buyers and sellers happy and has grown in stature as a professional and a person over the last year.

Earlier in the day Henry had been one of four guests on the Remax Rally Think Bigger Panel. Hosted by auctioneer Dene Tucker, the panel focused on how participants grow their businesses and take them to the next step.

Dene wanted an insight into how a high-performing agent such as Henry thinks, referring to him as ‘probably the deepest thinking agent I have met in 28 years in the business’. In response Henry spoke about how he treats his calling as a business, not a job; how an agent’s bank account is their definitive benchmark of achievement; and how meditation has helped him achieve success in his business.

Having grown up a local Wishart boy, Henry takes great pleasure in selling in the suburbs he has lived in his whole life. Working out of Remax United Vision in Carina, he’s a ready source of information and advice with regards to real estate.

If you’re in the market or know someone who is, Henry would be more than happy to share his expertise with you.