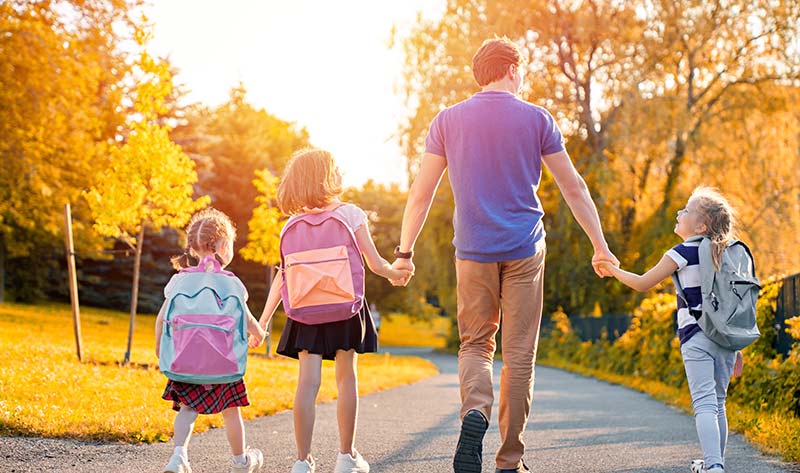 Does a good state school raise the value of real estate in its near proximity? Well, yes. All the facts indicate people are definitely prepared to pay more to be in the catchment zone of an established, high quality, government funded school.

But before we get into that, let’s start with the basics.

What is a School Catchment Area?

State schools have a demarcated zone around them from which their students are acquired from. If a family lives within the boundaries of this catchment area, it’s almost guaranteed that their children will be able to enrol in the state school.

Sometimes kids from outside the catchment zone are allowed to attend a school. It’s not an automatic process though, with application formalities, often including an interview, to be followed before enrolment is allowed.

Not all schools have such strictly defined catchment areas. Private, Catholic and Anglican schools will often enrol students from further afield. However, according to the According to the Department of Education, Skills and Employment, 65.7% of Australian students attend government schools. This indicated a larger proportion of Australians will look at the state schools in an area in their real estate research there.

Buyers Pay More for Property in a Popular Catchment Zone

Education is a massive consideration for people buying a home. Here at The Henry Wong Team®, one of the most asked questions from buyers is ‘What catchment area is this home in?” The more sought-after schools definitely attract greater competition amongst buyers.

Let’s look at a hypothetical example here. You’re looking for a new home to move your family into. You want good schools, and you want them conveniently located nearby. There’s a home you’re looking at just around the corner from a private school. It costs $950,000. The school fees cost $30,000 per year per child, and you have two children. So $60,0000 a year.

There’s a second, similar home that is just as appealing for your next chapter. It’s in the catchment area for an extremely popular school, a school similar to Mansfield State High. The cost of this home is $1.1-million. It’s $150k more, but you won’t be paying $60k in school fees every year. So in 2.5 years you’ve made up the difference between the two homes.

That’s why people are prepared to pay more for homes in the catchment areas of highly popular schools.

Tips for Buying Real Estate Based on Catchment Area

The school catchment area is generally not the sole reason people will purchase a home. There are many other factors that determine a property’s value, so its essential you do your research. Some postcodes still perform poorly despite being in a decent catchment area, so if a price looks too good to be true there’s probably a reason for that.

Also bear in mind that the boundaries of the catchment areas can change over time. So if you wish to ensure your property remains in the catchment area, don’t buy on the fringes. Buy deep in the heart of it, close to the school.

The Henry Wong Team® is proud to sell in the Wishart and Mansfield area on the southside of Brisbane. These suburbs are associated with some of the finest state schools in Queensland, including Mansfield State High School and Wishart State School. For more information on these schools, or the area, please get in touch with us. Henry would love to chat.