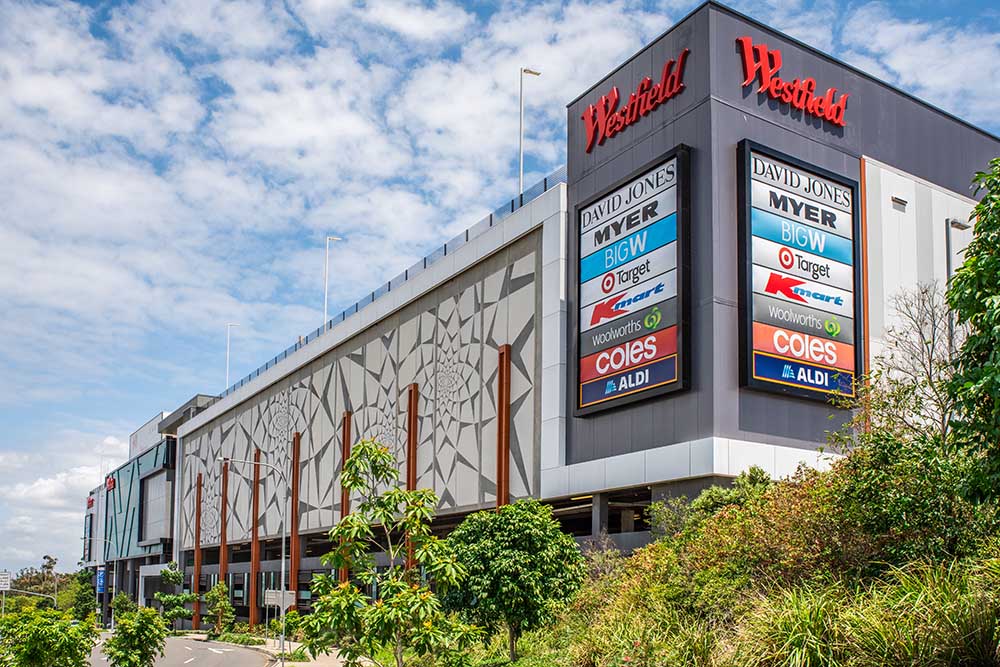 Carindale as a suburb has come on in leaps and bounds over the past few years and is widely considered one of Brisbane’s preferred places to live. Not only are there some stunning properties here, but the general standard of home is great, it’s a family friendly suburb, it’s safe, and its conveniently located. But there’s another reason Carindale is on the map, and that’s the Westfield Carindale Shopping Centre. This giant mall is one of the Henry Wong Team’s® favorite places on the southside. A place for entertainment, shopping, socializing and business meetings. We’ve decided to tell you a bit more about it in our Westfield Carindale review.

Westfield Carindale is located at 1151 Creek Road, Carindale, 4152, on the corner of Old Cleveland Road and Creek Road. Old Cleveland Road is one of the major arterials connecting Brisbane to the Bayside suburbs, and indeed bayside residents make frequent use of the shopping centre. Creek road is also a major road, and its close proximity to the mall opens it up to suburbs to the north and the south.

Surrounding suburbs of the shopping centre include Carindale, Carina, Carina Heights and Belmont, with Seven Hills and Tingalpa being not too far away.

The Carindale Bus Station is located adjacent to the shopping centre and connects a large number of Translink bus services. These provide easy access to the city, the Bayside suburbs as well as all the nearby surrounding suburbs.

There is talk of an Eastern busway being opened at some stage in the future, with Carindale touted as a probable busway station when it happens.

There’s a taxi rank at the centre, as well as plenty of bike racks for people who wish to cycle in.

There are an amazing 6000 parking spaces available at Carindale. This means that on most occasions when you turn up to do some shopping or visit a restaurant, you shouldn’t have any problem finding parking. Be aware though that in busy times such as Christmas or Boxing Day sales, there’s always competition for spaces. In our experience though these are few and far between.

Parking is free for up to four hours, after which its charged at $4 per hour. The maximum you’ll be charged is $36 for a days parking.

Valet parking is also available, as are car park based car wash services.

Westfield Carindale is open from 9am in the morning to 5.30pm in the evening on Monday, Tuesday, Wednesday and Friday.

Thursday is late night shopping, so the centre will be open until 9pm at night.

On Sundays its open from 10am to 5pm, and on Saturdays from 9am to 5pm.

Many of the shops are open outside of these hours though, particularly the supermarkets and entertainment venues. We’d suggest checking https://www.westfield.com.au/carindale/opening-hours to see if the outlet you’re intending to visit is open when you need to go.

We love the range of stores and outlets at Westfield Carindale. Whether you want to do your weeks shopping, pick up a unique gift for someone special or kit out your kids with their school equipment, everything is covered.

There’s over 450 speciality stores, and all the big Australian brands and outlets are found here. These include:

The entertainment options at Westfield Carindale are spearheaded by Event Cinemas, the best place to catch the latest blockbusters. With Gold Class as an option, immense screens and super comfortable seats, it’s an outing the whole family can enjoy.

There’s also Adventureland, a state-of-the-art family entertainment centre for children aged up to 15 years old. It’s a great place for the kids to burn off some energy while you make the most of the on-site café and catch up with friends.

In terms of dining, you can enjoy a sit-down meal, a quick snack or even test different flavours from around the world. Vietnamese, Chinese, Japanese, Indian, Mexican, Australian-fusion… it’s all here.

First opened in 1979, Westfield Carindale has grown into being the 11th largest shopping centre in Australia.

In 1999 it became the first Queensland store to have two of the major department stores under its roof, but it was in 2010 that a large redevelopment began. This led to its current incarnation, taking over two years and costing $300-million. It added 22,000m2 of retail space to the centre, including a new restaurant precinct, a new Brisbane City Council Library, and an improved car park management system.

What the Henry Wong Team® Loves About Westfield Carindale

There’s a lot to love about this shopping centre, and we frequent it a lot. It’s easy to access, there’s always plenty of parking, and it’s a great place to meet friends, family or clients for a coffee and a chat.

In terms of shopping, you can literally shop until you drop. You can find most things you can think of here, making it a super convenient ‘one stop’ destination.

We also love how this shopping centre boosts the profile of real estate in the area. There’s a lot to be said for living close to a centre with as much to offer as this one, and that reflects in the demand for houses in Carindale and the surrounds.

If you are looking to move to Carindale and have any questions about real estate in the area, please get in touch. Or if you live in Carindale and would like an appraisal on how much your home is worth, the Henry Wong Team’s® will gladly provide you with an appraisal.